Invasive species is largely responsible for biodiversity loss in Australia with an especial concern to native mammalian fauna. By far, it is rated as the second most driving force after habitat loss and fragmentation owing to human migration and commerce (Courchamp, et. al., 2003). Predator species invasion in island, like Australia, is a great concern because native mammals have evolved here with no to minimum competition, parasitism and predation (Courchamp, et. al., 2003). Researchers found that European settlers have detrimental effects on the mammal population as they introduced carnivores like, feral cats first and later red foxes into the country’s ecosystem during the mid 18th century (Graham, et. al., 2012). These predators have led about 25 Australian native land mammals to extinction (Doherty, et. al., 2015). Conservation managers are looking into various effective predator management systems, like biological, chemical and physical control (Courchamp, et. al., 2003); fencing, lethal control and culling ((Doherty, et. al., 2015) to control the predator invasion and minimize its impact on the country’s ecosystem. A research paper published in 2015 has revealed the drivers of Australian indigenous land mammals’ extinction (Woinarski, et. al., 2015). A media article published on Sciencenews.org that explained the results featuring the paper.

The media article stresses that the country has lost 35 percent of mammal species due to the introduction of cats and red foxes. It states that the impact of predation on the small mammals have overridden other threat factors like cane toads poisoning, contagious diseases, fire, habitat destruction, climate change and so forth in the country. The article illustrates that European settlement has a passive impact on the mammal species extinction stating that during mid 1800 century after European settlement spread out throughout the country, it has lost minimum of two species in each decade. Expansion of the private conservation areas can help survival of the threatened small mammals. Some efforts to control the red fox population was successful although feral cat controlling is still ambiguous.

Evaluation of media and journal article

While looking into the conservation status and extinction rate of the all land and marine mammal species and subspecies from pre-1788 to 2014, the researchers used the time of European settlement as a landmark. Woinasrski and colleagues made a retrospective effort to examine past (fossil records, notes of travellers and aboriginal knowledge) and present (IUCN Red List) to understand the dynamics of mammalian fauna decline before and after the European settlement on the land. They noted that Australia has lost total 29 sp. out of 273 endemic land mammal species in about 200 years’ time with a declining trend of biodiversity loss. Although the researchers have done an exceptionally detailed study the media article has a poor representation of this.

Woinasrski and colleagues evaluated the current conservation status of the mammalian fauna and found that few taxa of small mammals like rodents, marsupials and monotremes loss are higher in comparison to the bat and marine mammals and this creates genetic imbalance in the ecosystem. For example, three sole species (Thylacinus cynocephalus, Chaeropus ecaudatus & Marcrotis leucura) are already extinct, among the other living species one is endangered (numbat), one near threatened (platypus), three are vulnerable (bilby, koala & the banded hare-wallaby), similar situation applies to rats and mice. However, the media article has no mention of the implications of the biodiversity loss.

For the fate of marine mammals, the article mentioned that although the determining factors are mostly global, the study was constrained by the lack of information for most of the species. Based on the mere information available, the article concluded that six species are threatened and 60% are data deficient leading the poor presentation on marine mammals in the journal. The media article has completely overlooked the fact and doesn’t mention of marine mammals at all.

The articles stated that although Australia has relatively better approach in conserving both terrestrial and marine mammals, the efforts are insufficient considering the degree of the factors threating the mammal species. The researchers suggested an active conservation programs warranted long term and broader control techniques, like disease transmission, with continue monitoring. The media article does not allude how this observation can aid in future conservation efforts.

The researchers concluded that with the increased threat level 55 terrestrial mammal taxa now doing badly in threatened category listing. The study further mentioned that the combined effect of feral cats (22 extinct sp.) and red fox (13 extinct sp.) predation with changed fire regimes (6 extinct sp.) have accelerated the rate of extinction of the small mammals unlike the reasons around the globe.  However, the media article made a meager attempt to arrest the complex scenario of the threats associated with the ongoing mammal extinction in the country and diluted the effort into a blunt conclusion.

The journal article had a section where it discussed the ecologically significant roles all the extinct species played, such as soil engineering, seed dispersal and symbolic species to Aboriginal people and so forth and their absence had a substantial impact on natural equilibrium and the culture. The media report didn’t mention how the natural equilibrium gets violated if a single taxon is missing, hereby, a total of 30 species is lost from the Australian soil.

For the assessment of the mammal fauna conservation status in Australia, Woinasrski and colleagues followed IUCN Red List guidelines and mentioned that the lack of a national species-wise information database for occurrence, population size and trends, threats and management aspects and poor cataloguing have impeded the research. The media article has no mention of these caveats.

Their article noted the biasness towards mammal taxa documentation to conservation status over other taxa and found out that inland birds’ fauna also facing the similar extent of threats to extinction as mammals. Such important finding was missing in the media report. The researchers further noted the discrepancy over the number of extinct species between the Australian government legislation (n=20) and their findings (n=30). IUCN Red List report on extinction mammal around the globe (n=77) also excluded seven extinct endemic mammals of the country, if included the total number of mammal species extinct from the world since 1500 would be 84 species. The media report fails to mention the knowledge gap between the researchers and the managers.

Overall the media report describes some of the salient features of the article in an adequate manner. However, from a managerial perspective, it is important to know what are the species already lost and who are now facing threats to extinction but the media report completely overlooked this important aspect. Although the media report could be benefitted if it could address why proper documentation is important for better management approach, especially while addressing the significance of threats towards both the land and marine mammal taxa.

Status of Pet Birds and its Veterinary Practices in Bangladesh 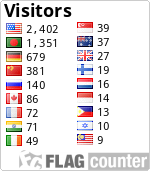